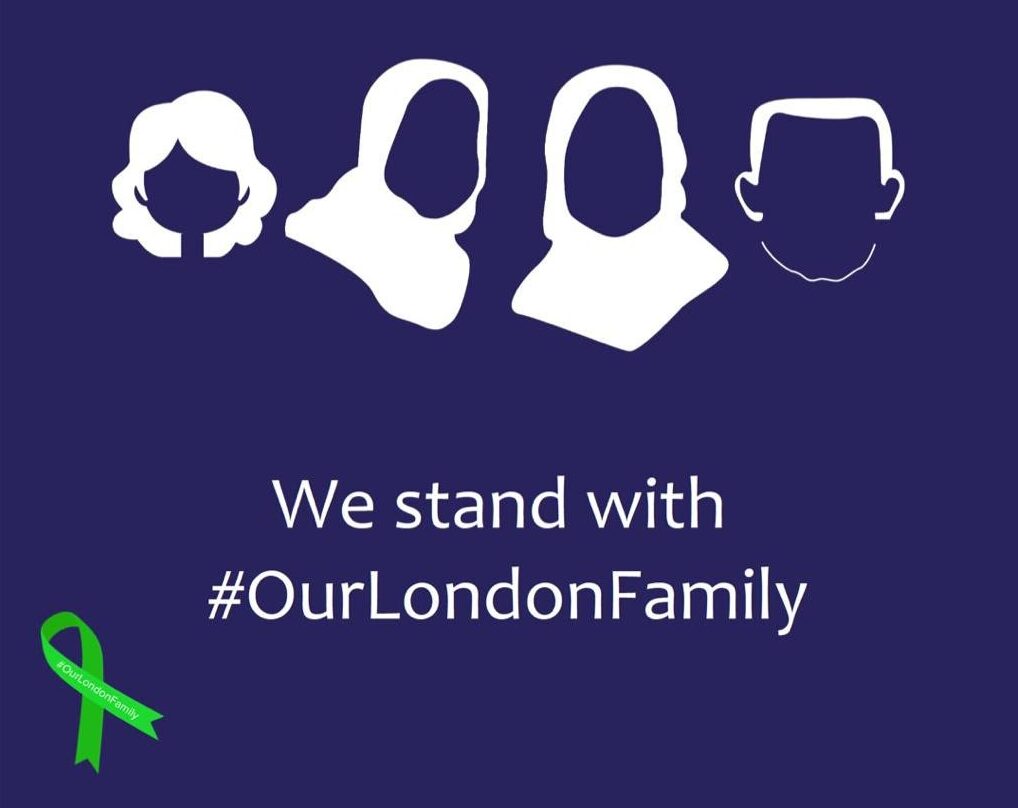 Like so many of you, my heart is heavy today with the horrific news of the hate-motivated act of terrorism in London on Sunday that left four people dead and one person in critical condition.

The victims were three generations of a Muslim family: 46-year-old Salman Afzaal, 44-year-old Madiha Salman, their 15-year-old daughter Yumna Afzaal and Salman Afzaal’s 74-year-old mother. We send our deepest condolences to the youngest member of the family, 9-year-old Fayez, who survived the attack and remains in hospital in serious condition. Police say that a white man specifically targeted this family because they were Muslim.

Words cannot describe the anger and despair that we feel as we process this cowardly and despicable act. My heart especially goes out to the Muslim members of our community, who continue to face an epidemic of Islamophobia and Anti-Muslim Hate. To our Muslim staff at YWCA Hamilton, please know that we are standing with you in your grief and sorrow.

While it’s difficult to confront the reality of Anti-Muslim Hate and Islamophobia, we cannot ignore how pervasive it is, both across Canada and here in Hamilton. Just this morning, we learned that two paramedics were found guilty of failing to provide the necessaries of life in the death of Hamilton teenager Yosif Al-Hasnawi. The trial heard expert evidence that the paramedics’ actions were influenced by bias – yet another tragic and fatal example of racism and discrimination.

Tomorrow night, a vigil and socially distanced community prayer will take place at 8:30 p.m. at Bayfront Park to honour and mourn the victims of the London attack. Everyone is welcome to attend. Organizers are asking attendees to wear a mask and bring a prayer mat, if you have one.

Racism is borne out of hatred, but it thrives in silence, complicity, subtext, and implication. It’s our role to name it; to expose it; and to fight against it, in any way we can, and with everything that we have.

Until next time, take care of one another.

Making the invisible visible: How a star in the YWCA Hamilton lobby honours lives lost and highlights systemic injustice