Amanda Rahija was only 29 when she felt a lump in her breast.

Breast cancer was the last thing on her mind. Amanda was healthy – she worked out, ate well, and played sports.

But one day, she was in the shower getting ready to head to a friend’s birthday party in Toronto when she felt a lump. The moment she discovered it, she knew it was something serious.

But Amanda’s doctors initially told her it was nothing to worry about, saying that she was too young to have cancer.

“Originally they were wanting me to wait months, but in my heart I knew something wasn’t right,” she said. “I felt like I should just keep pushing.”

Amanda was eventually diagnosed with Stage 2 Grade 3 breast cancer, and also learned she had a BRCA gene mutation (which is known to cause much higher rates of breast and ovarian cancers).  She went on to become a breast cancer warrior, facing chemotherapy, a bilateral mastectomy, and breast implant surgery.

“My world was turned upside down,” she said.

October is breast cancer awareness month, when countries around the world highlight the disease in order to increase support for the awareness, early detection and treatment of breast cancer. In Canada, one out of eight women will experience breast cancer in her lifetime, and an estimated 26,300 Canadian women and 230 men will be diagnosed this year. That’s about 72 women every day.

However, the breast cancer death rate in Canada has dropped by 44 per cent since the late 1980s. According to the Canadian Cancer Society, the current five-year survival rate is now 87 per cent, due in large part to research advancements that have improved early detection, diagnosis and treatment.

Amanda – who has been cancer-free since 2009 – found solace in YWCA Hamilton’s Encore program, which supports women who have experienced breast cancer. As a younger woman, she found that many other support programs were aimed at women in their 60s and 70s. Encore offered her practical physical and emotional supports that applied to her life as a woman entering her 30s with a history of cancer.

“For me, Encore made me feel I wasn’t alone – that there were people that cared about my wellness and healing after cancer,” she said.  “There were a variety of guest speakers and information shared that gave me confidence I was on the right path.

“The exercises in the pool were amazing – they made me feel more comfortable in a bathing suit and learning how to stretch and move. That it doesn’t have to be intense exercise and movement.“

Amanda now returns to Encore as a guest speaker to help others on their breast cancer journey.

“I need to bring awareness. I got cancer for a reason, and that reason is to help other people through.”

During the month of October, YWCA Hamilton is hosting a new challenge to support survivors of breast cancer through movement.  Move More for Encore is a month-long challenge that encourages participants to include 150 minutes of movement per week in order to decrease their own risk of several types of cancer, including breast cancer.

With your support, we can help more warriors manage the complex emotional and physical effects of surviving breast cancer. 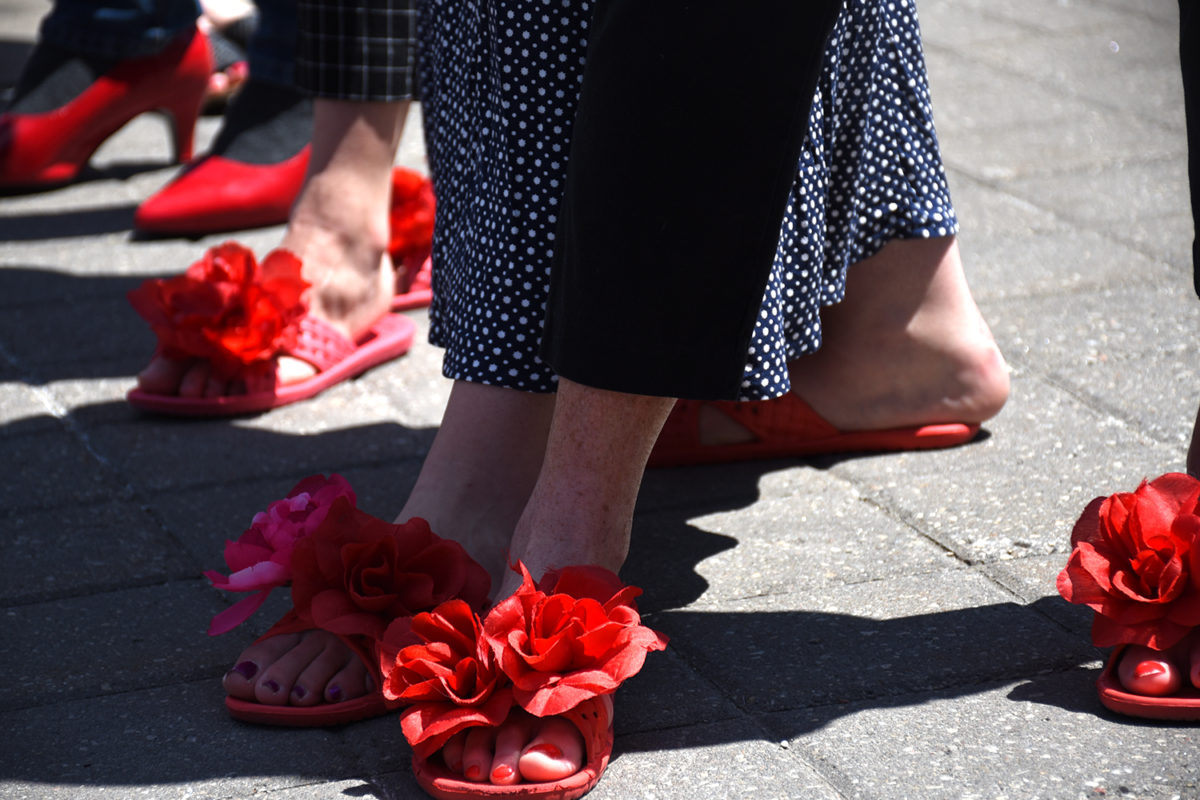 Fight for survivors of breast cancer by moving with us. Learn More