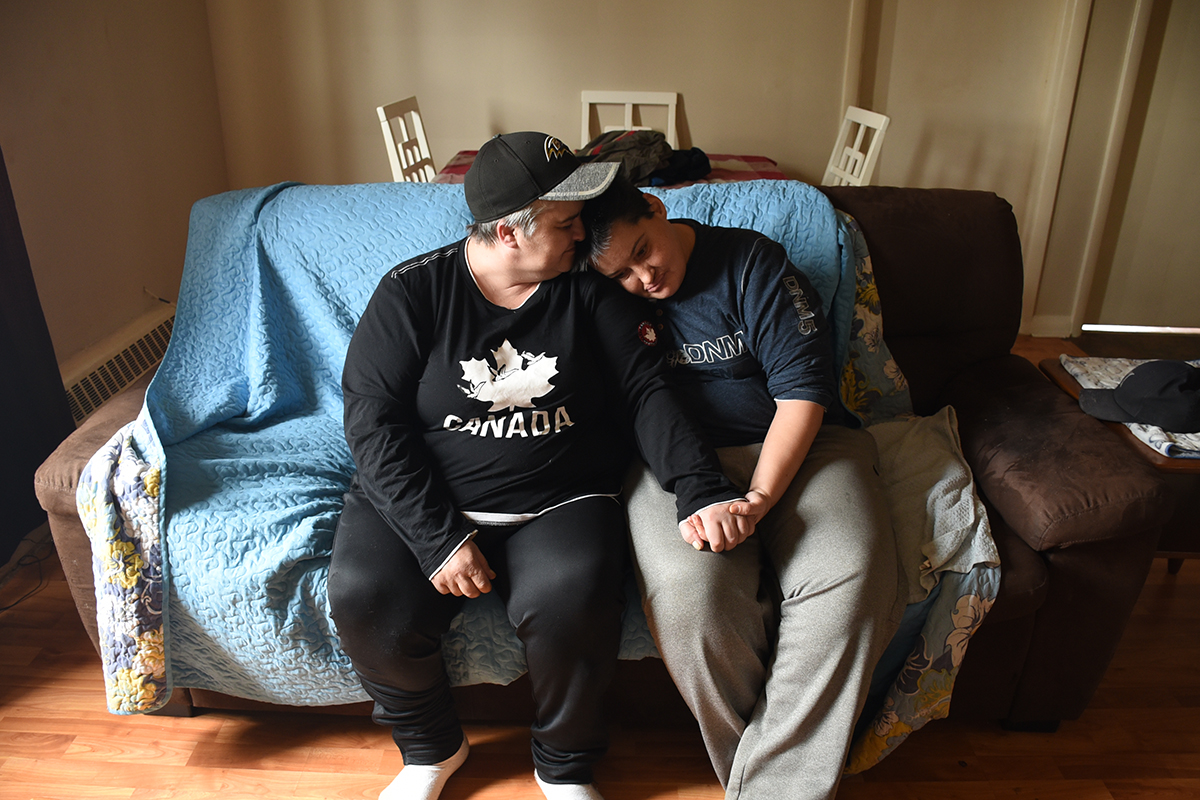 Cathy hunkered down inside an alcove near the GO station on Hunter Street where she and her partner Lindsey would be protected from the cold for at least one night. As she watched the snow fall and waited for Lindsey to join her, two men entered the small space to use intravenous drugs.

“And I’m sitting there freezing, almost in tears,” said Cathy. “Don’t know what to do, don’t know where to go. No money, no food, no drinks, no nothing, absolutely nothing. And I sat there and I watched it because I did not want to get beaten up, killed, robbed, raped or anything. I was scared for my life.”

Last week, Hamilton city councillors heard that on any given night, more than 200 women experience homelessness in Hamilton. They can be found sleeping in alcoves, in alleys, and even shipping containers, councillors were told at an emergency and community services committee meeting. Local shelters are at over-capacity and emergency overflow centres like YWCA Hamilton’s Carole Anne’s Place, which operates overnight during winter’s coldest months, and Willow’s Place, operated by Mission Services, can mean the difference between life and death for many women.

Medora Uppal, YWCA Hamilton’s Director of Operations, who presented this sobering picture to council at last week’s meeting with CEO Denise Christopherson and several community partners, says their one-time funding request of $228,000 to operate Carole Anne’s Place between December 2019 and April 2020 was not simply about filling a gap. It’s about drawing attention to a women’s housing crisis in Hamilton that is not going away anytime soon and for which there is no foreseeable solution.

“We have women out there with nowhere to go in the winter months and no solution ahead of us,” said Medora, who points out that YWCA Hamilton and its partners on the Women’s Housing Planning Collaborative have been calling attention to this crisis, but that we need a permanent plan. “As a non-profit we’re looking at the women and saying we have to do something and jump in here. This is about answering a community need and a call to action.”

The funding, $128,000 of which was approved by councillors and $100,000 was provided by community health partners, will support both Carole Anne’s Place and Willow’s Place, as both programs work in tandem with one another. Carole Anne’s Place, which operates seven nights a week, provides women a safe place to sleep, a meal, and connection to health and social services. In the morning, many women opt to use their complimentary bus ticket to travel to Willow’s Place where they can stay warm during the daytime hours.

Days after Cathy and Lindsey weathered the storm in that alcove, they found Carole Anne’s Place, where they slept every single night from December to March of that year. And through support from YWCA Hamilton staff, were eventually set up with their own permanent apartment.

“I’m starting to get our life back together,” says Cathy. “And you know, if it wasn’t for Carole Anne’s Place pushing us and giving us that support and all their energy and all the positivity that they have, I don’t honestly believe that I would be here.”

Entrepreneur Josie Rudderham has her cake and eats it too