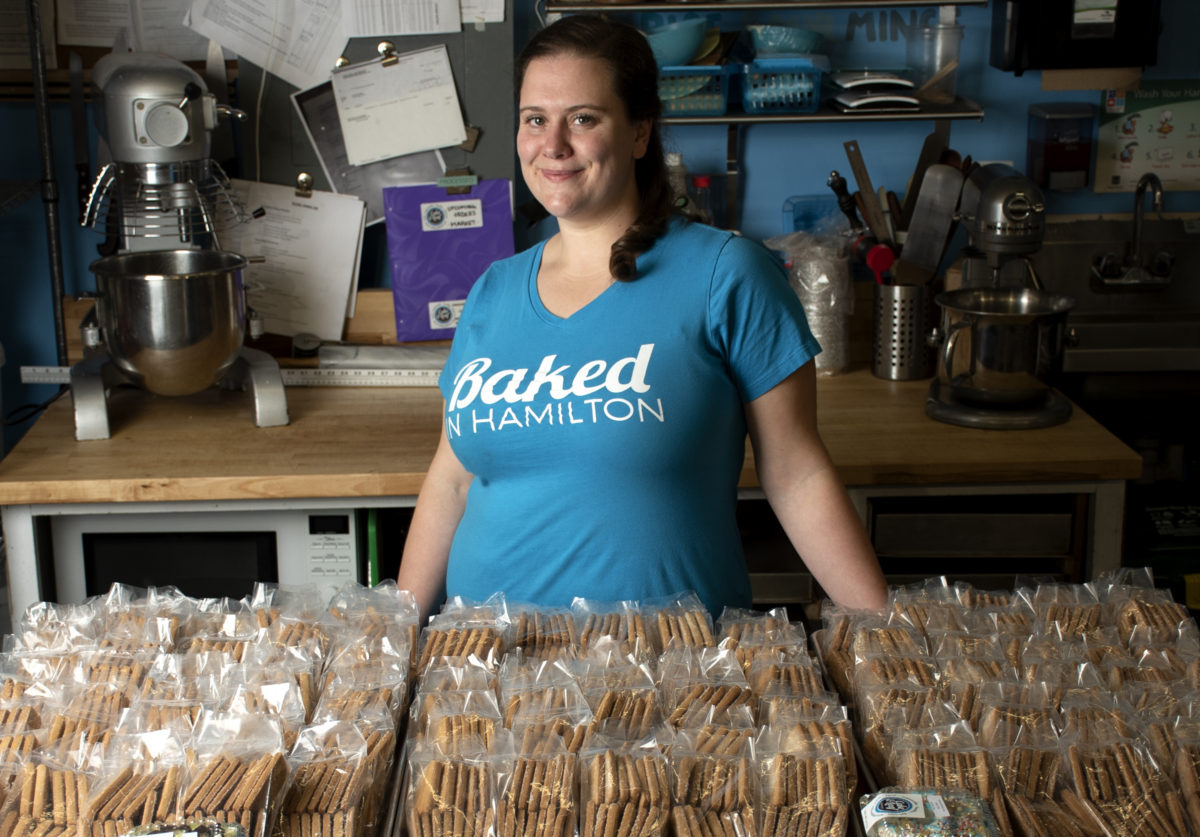 Josie Rudderham was heading back to work after the birth of her first child when she was told her job in the mortgage industry no longer existed. It was 2009 and the Canadian economy was struggling. Plus, being a new mom, Josie knew that finding a job would not be an easy task.

“That’s a huge challenge, to get back into the workforce after having a baby,” says Josie. “And if you’re going back to your previous employment, there’s a lot of assumptions made about what you’re going to be like when you come back, which are often very unfair and limiting in terms of working your way up through an organization.”

A trained chef, baker and pastry apprentice from way back, Josie knew she was also a true entrepreneur at heart. So listening to her instincts and researching her options, she ultimately decided that starting her own bakery business was the way to go. She applied to YWCA BizSmart, a program that (eventually became today’s Women in Entrepreneurship Program) supported women in starting their own businesses. And to her surprise, she was called in to present her business idea to a panel of evaluators.

“I remember the day I went to present because I thought, they’re not going to accept me, I don’t know what I’m doing, there’s no way. And I brought food – I think I brought jams and bread, maybe muffins – and everyone was just so nice. And so I have found over the years that feeding people is generally a good way to go.”

Ten years later, Josie and her business partner Nicole Miller have built Cake and Loaf, a local bakery and confectionery that employ 28 staff at two Hamilton locations, into a true destination for both sweet and savory. Not only does Cake and Loaf continually set a new bar for baked goods in Hamilton, the company has been recognized both locally (including Josie’s 2019 Women of Distinction Awards nomination) and at the national level, for its products as well as its social policies.

“Time and time again, women are not given the opportunities that men are. And then to be able to access these programs, especially for young women at risk, I think is really important.”

“I want to create a business that will outlast me, but also will have a positive effect every step of the way where I don’t have to feel guilty about what I’m doing for a living, where I know that the dollars we spend are as responsible as they can be,” says Josie, who continues to work with YWCA Hamilton as a mentor and SISTER program employer. “I think the basic business tenet is ‘the nice guy loses’ and it always has to be profit-driven. We just fundamentally disagree with that.”

“I think the YWCA and all of the programs they offer are so important to our city,” continues Josie, who is determined to create great culinary careers that are supportive of women. “Time and time again, women are not given the opportunities that men are. And then to be able to access these programs, especially for young women at risk, I think is really important. And the women we’ve seen come through the SISTER program, for example, are amazing people who just really needed one extra chance.”