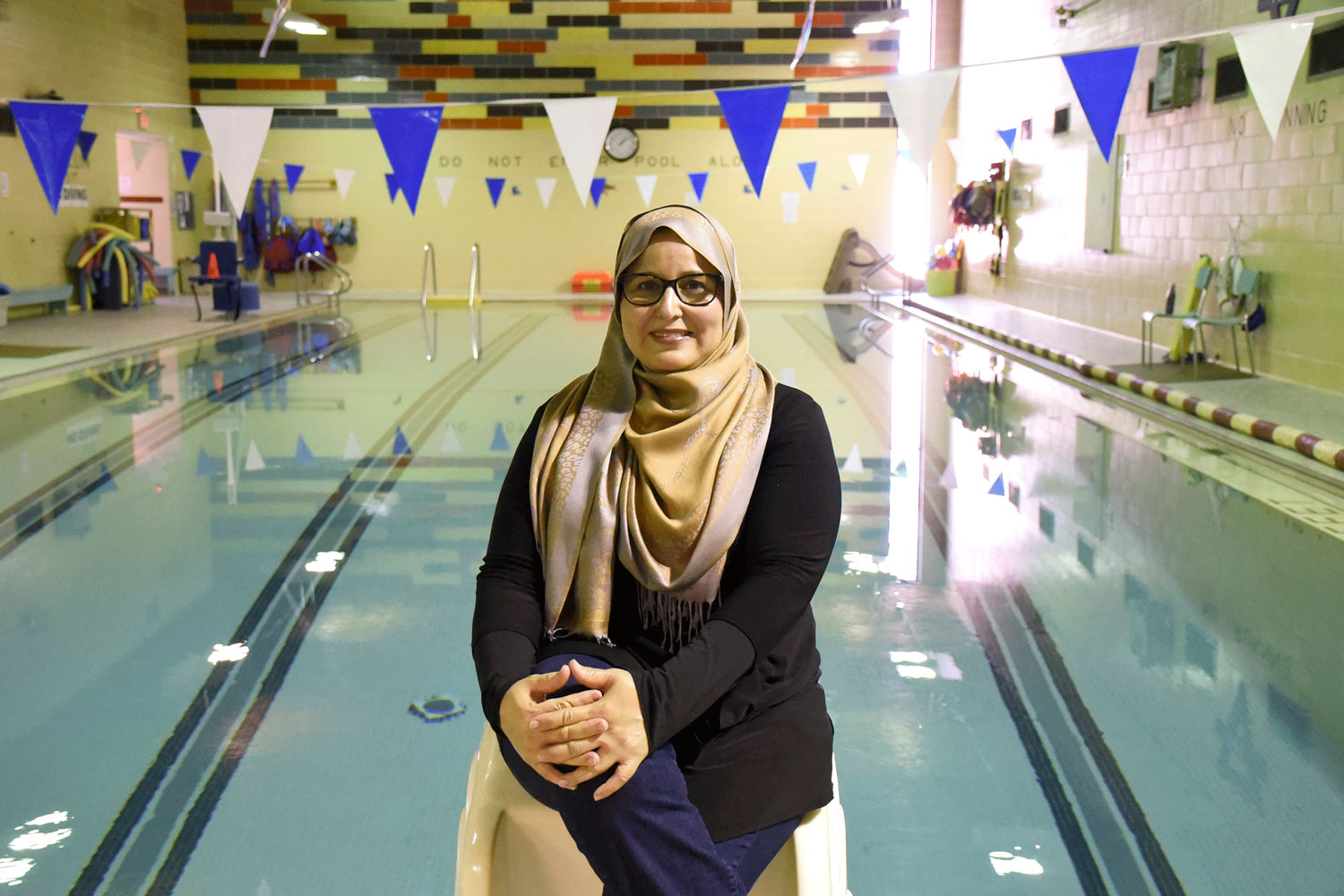 As a girl growing up in Benghazi, Libya, Faiza Elbarghathi had one dream ­– to learn how to swim.

Because despite living most of her young life just a short distance from a long stretch of Mediterranean beach, she says the opportunity never presented itself. There were no Canadian-style swimming lessons or swim clubs available to her. No opportunities to safely plunge into the nearby sea.

But then Faiza moved to Canada. And as she, her husband and their growing family moved from Toronto to Hamilton to St. Catharines and then back to Hamilton again, she lost sight of her childhood dream. She was raising five children, after all. And like so many women, Faiza put the needs of her children before her own.

But in May of last year, Faiza learned about the YWCA Hamilton Aquatics program. And by the end of that month, at the age of 50, she had signed up for her first Aquatics class.

“It was scary,” says Faiza of getting into the water for her very first Aquafit class at the YWCA Hamilton pool. “I was afraid. But I’m very thankful for Tara (Weiderick, Aquatics supervisor) because she helped me a lot. She encouraged me.”

In fact, Faiza was so frightened by the water and feeling so overwhelmed, she was ready to quit before she’d really even begun. She told Tara she didn’t think she could do it. She wouldn’t be able to learn. It was simply too hard.

“Tara said, ‘no, don’t say that. You have to say, I will do it.’ And I did,” recalls Faiza, who persisted with the encouragement of her family and YWCA staff, signing up for private swim lessons and accessing Aquatics programs whenever she got the chance.

Meet Faiza on the pool deck these days, and she’s done a complete turnaround. Not only is Faiza a confident swimmer, but having recently learned herself, she remembers the tips and tricks that helped her become more comfortable in the water – advice she passes on to women who might be dipping their toes for the first time, as well. Tips like stepping down the ladder into the deep end and feeling the water pushing her back up.

“Some people … they don’t know how to float,” says Faiza. “I help them. I make them relax in the water an help them from the back – just relax and feel the water … If you relax, you will know how to swim.”