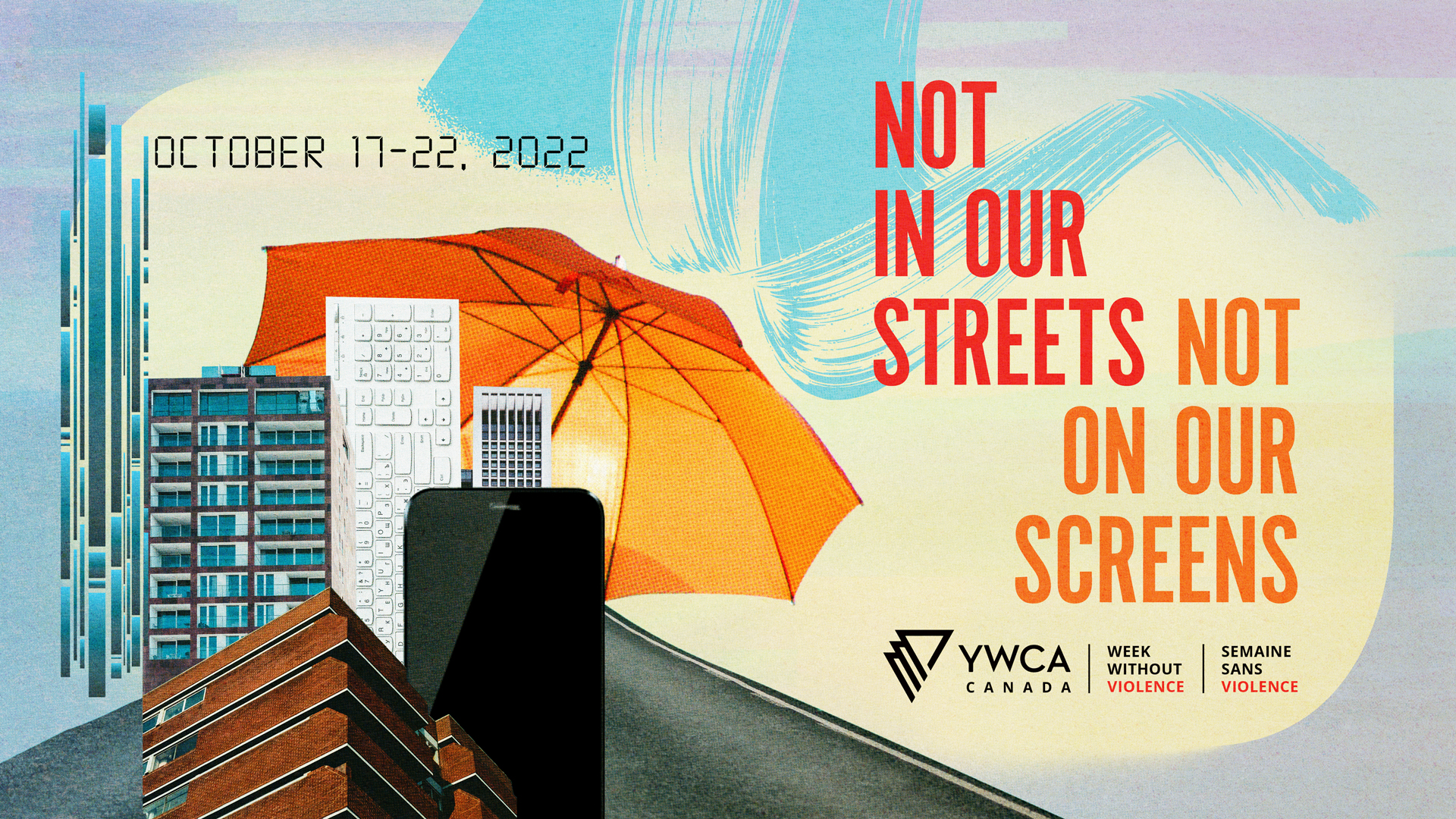 Each year during the third week of October, people across the country and in over 90 countries around the world mark YWCA’s Week Without Violence. More than 9,500 people in schools, workplaces and neighbourhood organizations throughout Canada recognize this annual violence-prevention event aimed at making gender-based violence a thing of the past.

Violence against women remains a global concern, despite decades of work, education, and advocacy. We know that not all violence is acknowledged or responded to equally. Some survivors of violence go unrecognized, unheard, and unanswered.

This year’s theme for Week Without Violence is “Not On Our Screens, Not On Our Streets: Centering & Supporting Survivors Experiencing Tech-Facilitated Violence”.

Online violence can take many forms: releasing of personal information and private images without consent;  online stalking and death threats; bullying, intimidation, and harassment; and much more. Tech-facilitated violence is a serious issue impacting the safety, health and freedom of women, girls, and gender-diverse people. There is no online world and offline world – violence experienced online has an impact everywhere.

According to research conducted in September 2022 by Environics Data for YWCA Canada, the most common forms of online hate experienced are sexist/misogynistic (42%), based on body type or physical characteristics (38%), racist (31%), or homophobic (26%).

The most common form of hate speech online is hateful comments (61%). Following that are slurs/insults (51%), and sexual comments or jokes (47%).

We know that social media is a hotbed of online violence. Social media platforms such as Facebook, Instagram, and TikTok are where people are most likely to witness online hate speech. 50 per cent of people who have experienced online hate speech in the last couple years have been targeted on Facebook. Instagram, TikTok, and Snapchat are also common avenues.

Women and gender-diverse people are impacted by tech-facilitated violence in unique and specific ways that require a dedicated response, grounded in the needs and wisdom of those most impacted.

Systems-level changes are required to address and end this type of violence. Putting the responsibility on individual survivors to keep themselves safe is a form of victim-blaming, and woefully insufficient. Tech companies, policymakers and law enforcement need to commit to change.