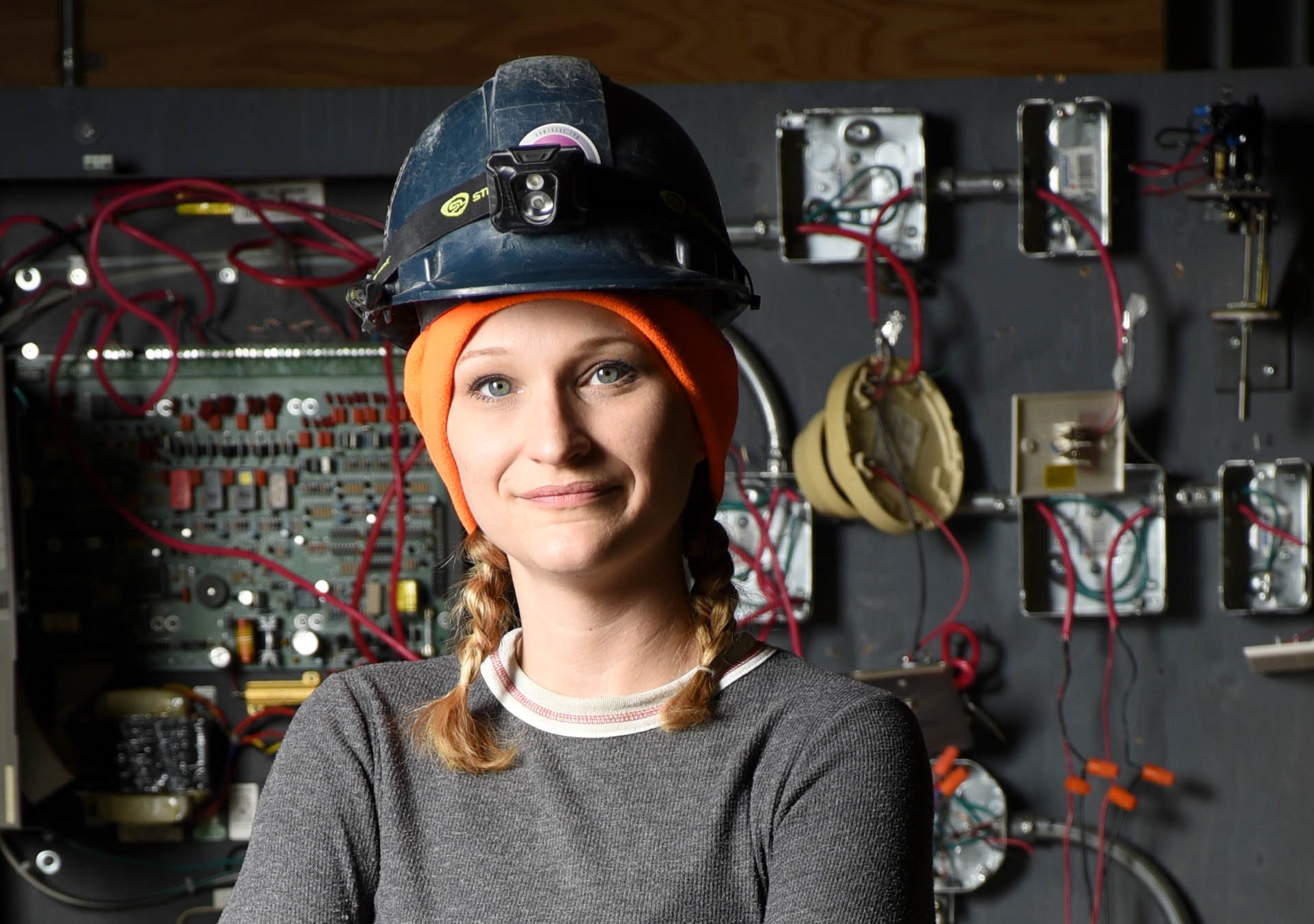 When it comes to the skilled trades, women make up only 3 to 5 per cent of the work force.

With your help, we want to change that.

YWCA Hamilton is currently recruiting participants for our Pre-Apprenticeship programs, which provide women with in-depth training in the skilled trades.

YWCA Hamilton’s no-cost program offers up to 16 weeks at Mohawk College or Niagara College, an 8-week on-the-job placement, and job readiness training (including safety training, resume and cover-letter workshops, and strategies to help navigate a male-dominated atmosphere).  Participants have a choice of two streams: General Machinist or Electrician.

To help shed some light on what it’s like to be a woman in the trades, we asked Shannon Tymosko, a graduate of both the general machinist and electrician Pre-Apprenticeship programs, to share her experiences. Shannon is now a first-year electrical apprentice and is currently on a new, multi million-dollar hotel project in Burlington.

We asked Shannon about her thoughts about the YWCA Hamilton programs, why she decided to make a career change, and what women bring to the trades.

The following interview has been edited for length and clarity.

How did you get into the trades, and what was it that first piqued your interest?

I originally had a job that I didn’t enjoy. At that time, I was just looking for any job that I might be interested in. During that time, my friend purchased a house, and he had some things he wanted to renovate. The day after he purchased the house, he said, “Let’s pull out the kitchen.” Neither of us really had a lot of experience, but I realized by just helping a friend that I really enjoyed that process. I did something that I never thought I would do. I didn’t realize how much I would enjoy that.

What was it like for you to go through the YWCA Pre-Apprenticeship programs?

They helped start me on my journey. I love these programs. Overall, it was a really great experience and it brought me to where I am today. I’m very appreciative of those programs.

Why do the trades need women?

Women most definitely offer different skills. Not to put anybody in a box, but men and women are fundamentally different. Women are better multi-taskers, we can be a bit more organized, we often are better at thinking three or four steps ahead, we ask more questions. I also find many women are initiative-takers. We have all of these skills that are really valuable to a company.

What would you say to a woman who is considering the YWCA Pre-Apprenticeship programs, or considering getting into the trades?

There are so many amazing and positive things about the trades that I love. My job keeps me healthy physically, it keeps me healthy mentally, it gives me a routine. I can fix stuff on my own. I’ve taken on oil changes or changed the spark plugs in my car, or if I had electrical stuff in my house I wouldn’t be afraid to take that on. These are really nice things to be able to do for yourself.

If women really love it, they could be great leaders and really make a difference for the construction world.

Would you encourage women to think about the trades?

Absolutely. I’ve always had jobs where I just survived, paycheque to paycheque. This job allows me to thrive financially on my own, not just survive. Just next year, as a second-year apprentice, I’ll be able to make more money than I ever did at any of my previous jobs.

I encourage not just women, but anybody who wants a challenge and enjoys working hard to consider it. The reward of being able to do something that you didn’t think you could do builds your confidence, your self-esteem, and you really don’t even know you’re doing it on a daily basis. Confidence is built by competence – by doing it over and over until you’re good at it. I really love the trades for that. It’s really done a lot for me as a person.