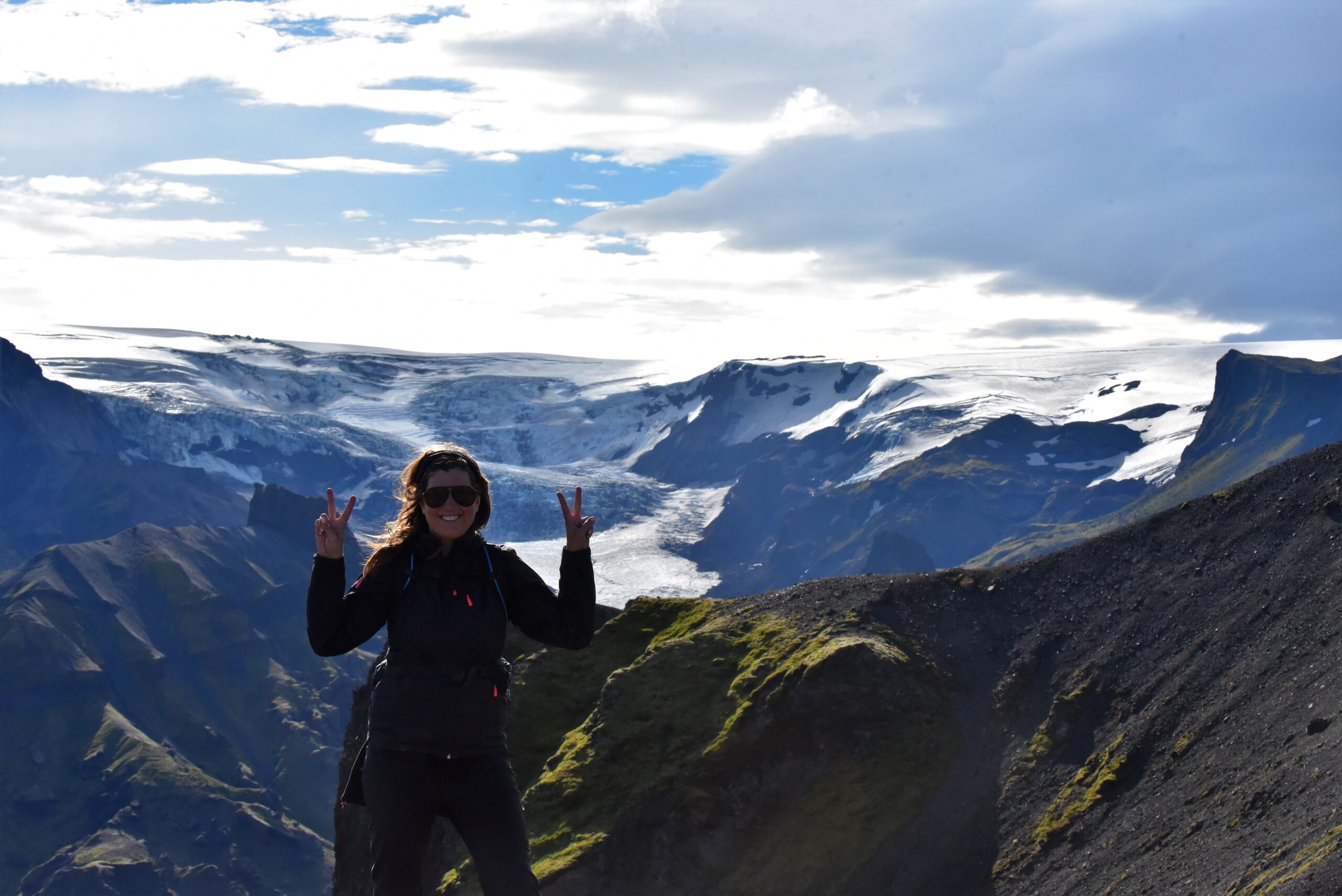 Rachelle Aurini is taking steps to help end violence against women – thousands of steps, in fact.

Rachelle Aurini, a Hamilton-based realtor with Royal LePage, is about to embark on a 100-kilometre trek through the mountains of British Columbia to help raise funds for charities that support women and families experiencing domestic violence – including YWCA Hamilton’s Phoenix Place.

Throughout the grueling six-day trip, Rachelle will carry everything she needs – including her tent, food, and supplies – on her back. But Rachelle says she is more than happy to take on the challenge in support of women and families experiencing violence.

“It’s really important to give back in any way you can, especially when you’re able to do so,” Rachelle said.

Rachelle is taking the trip with the Royal LePage Shelter Foundation, a registered charity affiliated with the real estate company dedicated exclusively to funding women’s shelters and violence prevention programs. It’s the second time she has completed a trip through the Royal LePage Shelter foundation – her first trek through Iceland raised $10,000 for programs supporting women.

Before her trip in August, Rachelle hopes to fundraise $15,000, with 80 per cent of the money split between Phoenix Place and Interval House Hamilton, and the other 20 per cent remaining with the Royal LePage Shelter Foundation to fund violence prevention and education initiatives across Canada.

Rachelle has a personal connection to her mission, as she herself is a survivor of abuse. Rachelle says she experienced violence in her relationship when she was 20 years old and living in Vancouver, isolated from her friends and family back home. Despite the fact that she had resources and supports available to her – including income from her job and friends in Vancouver – it was still difficult to leave that relationship.

“I can’t imagine having children, no job, and nowhere to turn to – I’m just thankful that there are places like Phoenix Place that are able to help people,” she said. “I know firsthand what it was like to get out of something like this.”

The proceeds of Rachelle’s walk directed to Phoenix Place will help fund life-changing programs for women and children who are escaping domestic violence. This second-stage housing program offers safe, reliable housing for women and their families for up to one year, as well as individualized supports including counseling, advocacy, service and support navigation and safety planning.

“I think that it’s one thing to get short-term help, but it’s another thing to go and change your life. Phoenix Place gives people the chance to change their life,” she said. “I just wish we had more second- stage shelters in Hamilton to make more of an impact.”

If you’re interesting in her journey and supporting domestic abuse survivors, you can visit Rachelle’s fundraising page.

Thank you so much for supporting survivors of violence Rachelle, and good luck!

Learn more about Walk a Mile in Her Shoes 2021 – and meet the two amazing emcees of our Virtual Awards Ceremony!