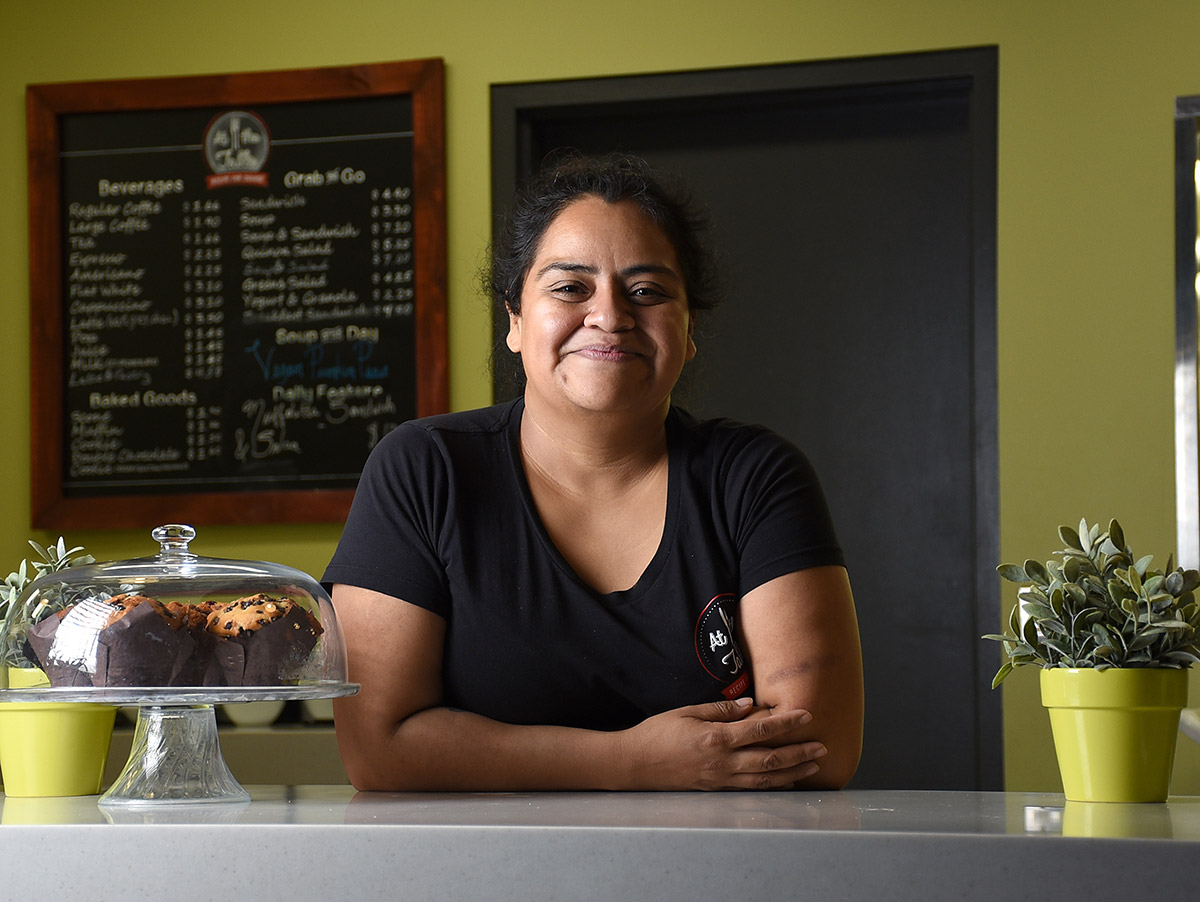 Lucia Martinez stood in the lobby of the YWCA Hamilton, clutching the remains of her former life in her hands. She never thought she’d be here, never thought she would need this kind of assistance. But in this moment, she felt fortunate to have been accepted into the Transitional Living program at the YWCA.

Lucia started out like so many of us:  she attended Cathedral High School in Hamilton, went on to study art and visual merchandising at Sheridan College. She loves people and found working in retail as a visual merchandiser was a great way to marry her passion for art and her love of engaging with the public.

But after six years with the same company, Lucia lost her job. And despite an exhaustive search, she had trouble finding another one. Soon she was selling her belongings just to pay the rent. And when she ran out of things to sell, she lost her apartment, too. So she turned to friends who let her couchsurf, while she continued to look for work.

“It’s scary how easy you can end up (homeless),” says Lucia. “I think any one of us are close. Something could happen and you’re there.”

Lucia’s doctor and mental health counselor advocated for her acceptance into the Transitional Living Program at YWCA Hamilton, which is where she stood that day, in the lobby.

“When I came here, my confidence was low,” she says. “I had just lost my apartment, sold all my furniture. I only came here with two pieces of luggage and a little table. And that was it.”

Once settled in her own room, she was able to catch her breath and take stock. She had to continue pushing forward, she thought. So, she accessed as many certification programs and services for which she was eligible through the YWCA Employment Resource Centre. Two of those programs – Smart Serve and Food Handler’s – put her in a great position to work in a commercial kitchen, which became very convenient when the YWCA’s At the Table Café was hiring.

Today, Lucia’s smiling face is the first to greet visitors to the Café. She credits the support she received from the YWCA Hamilton with getting back on her feet, finding a new place to live, regaining her life.

“I can still do my customer service … but I’m also doing something else in the back all the time,” says Lucia of her new job. “I feel sometimes this job was made for me.”