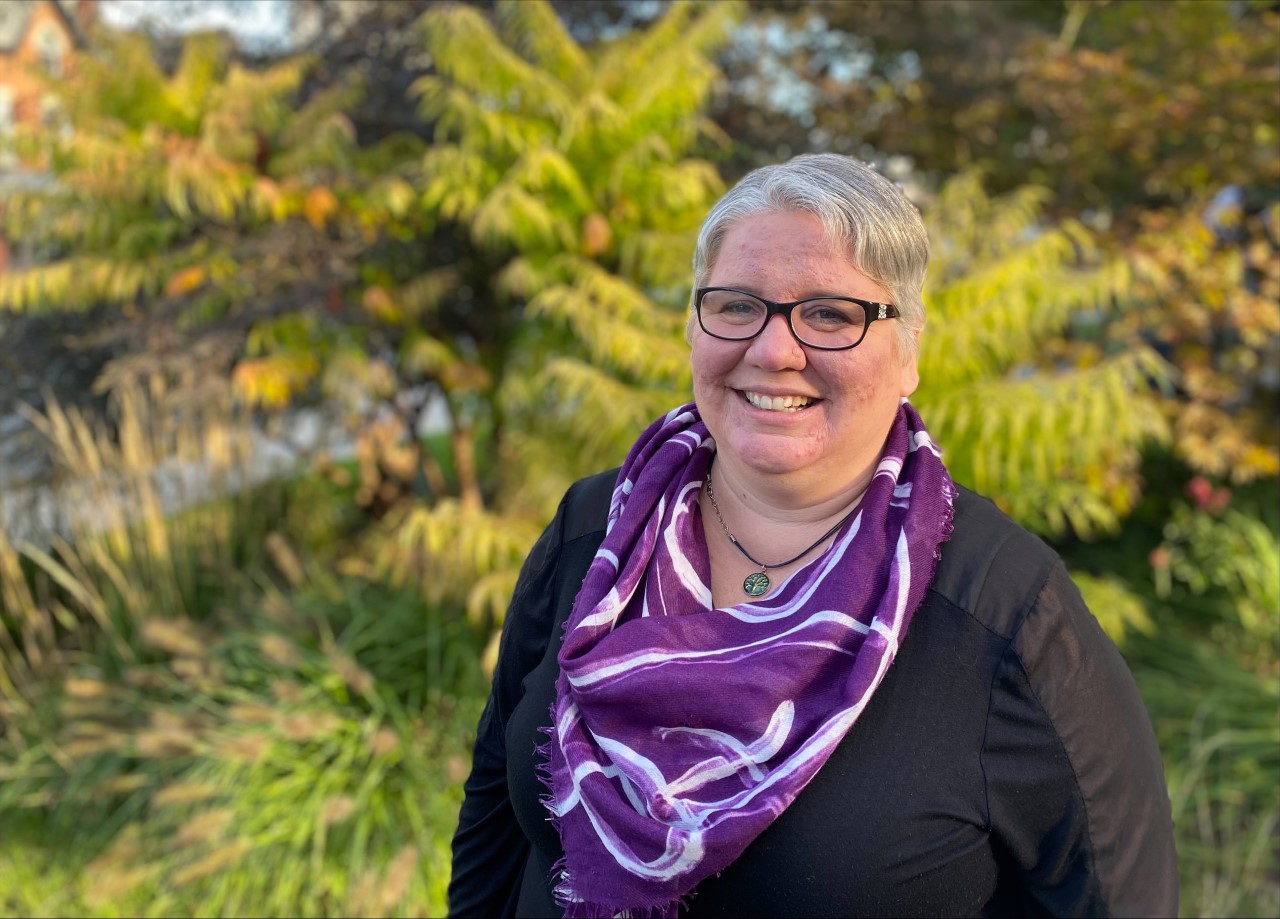 When you hear Kim Shears describe her job, it sounds fairly straightforward.

“Just empowering women is really the biggest thing,” she said.

In honour of the International Day for the Elimination of Violence Against Women, we are shining a light on Kim and her work at Phoenix Place – one of the many programs we offer in support of survivors of abuse.

Kim is a transitional housing support worker, which means she assists the women at Phoenix Place to help find permanent housing, employment, access counselling services, and anything they may need to live a violence-free life. That may mean helping them find a lawyer, advocating alongside them at children’s aid hearings, or even just providing a listening ear.

“We talk about the fact that it’s pretty much an open-door policy here – come on down and we’ll talk about the triumphs as well as the things that aren’t going so well,” she said. “I also want to cheer them on if someone has just gone back to school or has gotten a job, or has found new housing.”

Kim didn’t plan on a career as a women’s support worker – in fact, she got her degree in commerce. It wasn’t until she got a job in administration at a non-profit organization that she felt compelled to change her career path, including earning a certificate in counselling from Mohawk College.

“I just realized how important this work was in the community,” she said. “Helping people took on a life of its own.”

“That’s the hardest part. I do applications with women for access to housing, and we look at other communities, we look at other organization, but some days, I just give them a list of housing that they can’t afford or I know will break the bank,” she said. “It’s just really difficult work.”

However, Kim says there are also many bright spots – particularly the children. Kim says she relishes saying goodbye as they head out to school, hearing about their days, and knowing that she is helping to break the cycle of abuse and giving them a better chance to live happy, violence-free lives.

Kim also points out that it’s incredibly gratifying to know that the vast majority of women who stay at Phoenix Place are able to leave their abusers for good.
“I find the women that leave here don’t ever go back to their abusive relationship – because we come from a place of non-judgement. They can stay here for a year and rebuild their lives,” she said.

She says that she is constantly amazed by the perseverance and determination of every woman at Phoenix Place – not only because they left their abusive relationships, but because they have found the courage to start again.

“The strength in this house is just incredible.”

Today, in honour of the International Day for the Elimination of Violence Against Women, we are sharing a poem written by a former resident at Phoenix Place. Lily* had faced abuse since the age of 12, and was forced to cook and clean by her parents instead of attending school. At 19, she married a man who became abusive. When she came to Phoenix Place, she was reading and writing at a first-grade level – however, she would compose poems in her head.

When YWCA Hamilton published a book of poetry, recollections, and art by former members of Phoenix Place, Kim asked Lily if she could contribute. Lily dictated this poem to Kim, who transcribed it for inclusion in “Stories from the Starting Over House.”

After the book was printed, Kim told Lily – who is now living independently in the community and calls Phoenix Place to say hello each year – that she is now a published author.

Phoenix Place saved me
from living on the street,
they gave me a bed
And food to eat,
they gave me courage
to face it on my own.
And I have to thank the founder
of this home you gave me,
peace of mind and
a place to lie my head,
you gave me
the courage to live again.

*We are using a pseudonym to protect Lily’s privacy.

Top Ten Reasons to support YWCA Hamilton over the holidays