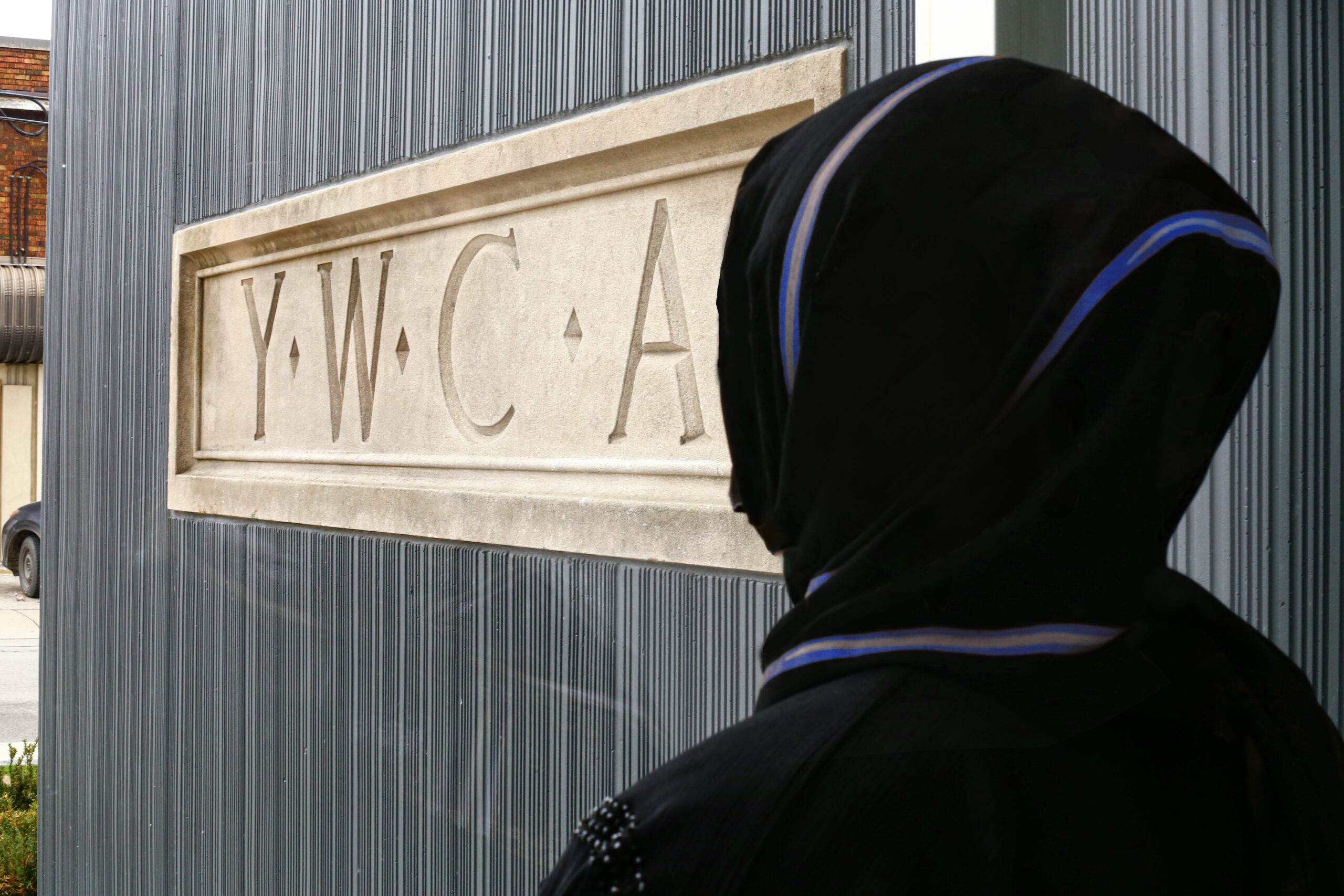 Some details of this story have been changed to protect the identities of those involved.

To say that Zahra has faced struggles in her life doesn’t seem to truly capture the breadth and intensity of the difficulties she has encountered.

But throughout it all, Zahra has persevered – all for the sake of giving her two young daughters a new life.

Today, Zahra and her daughters are resident at the Putman Family YWCA, a first-of-its-kind affordable housing building for women and women-led families. Zahra lives in one of the 50 brand-new units at Putman, each one reserved for women from marginalized communities, who are Indigenous, who have experienced domestic violence, or homelessness.

Zahra moved in with her daughters this February, and says she loves her new home.

“I feel much, much better here,” she said through a Somali interpreter. “It’s a nice house, it’s clean – I’m very grateful for everything.”

But their journey to Putman was a harrowing one. Zahra was born in Somalia in 1987, only a few years before the eruption of the Somali civil war. Ultimately, Zahra was forced to leave her home country due to the ongoing violence and unrest.

“I came from so many problems back home,” she said.

Zahra then journeyed to Ethiopia, where she ultimately met and married her husband. While the relationship brought Zahra her two beloved daughters, Zahra faced abuse at the hands of her husband. While pregnant with her second child, Zahra was once again forced to flee – this time, to Malaysia.

However, Zahra didn’t have proper documentation when she entered the country. As a result, she was transported to an Immigration Detention Centre with her two young daughters. She was forced to say at the detention centre for a year.

“It was not an immigration centre – it was a jail,” she said.

Just over two years ago, after she received refugee status through the United Nations, Zahra was able to leave the detention centre and settle in Canada. However, when Zahra arrived, she had no income, did not speak the language, and had no support.

“When I came here, I wanted to look for a job – there was another woman here that I met in Ethopia, and we wanted to work here together,” she said.

But without childcare, she struggled to find work and support her family. As a result, Zahra was forced to live in a shelter with her children for seven months.

For Zahra, the past is difficult to talk about. But when she speaks about her children, her eyes light up. She is proud to share how they’re taking extra lessons to help improve their English and get a head start at school, and how much they love their new home.

“They are very happy. Everybody has their own room – they love it here. They’re telling me, “Don’t move again from here, Mom,” she said.

In the future, Zahra hopes to go back to school, and eventually work with seniors. However, for the time being, her children are her first priority.

For Mother’s Day, Zahra and her daughters plan to keep their celebrations simple. They’ll spend some time together, enjoy each other’s company, eat a special treat, and enjoy some of the programming available at the Putman Family YWCA – including watching a movie together.

For Zahra, Mother’s Day is a testament to how long, and how hard, she has fought on behalf of her children.

Statement from Denise Christopherson, CEO, on the International Day Against Homophobia, Transphobia and Biphobia