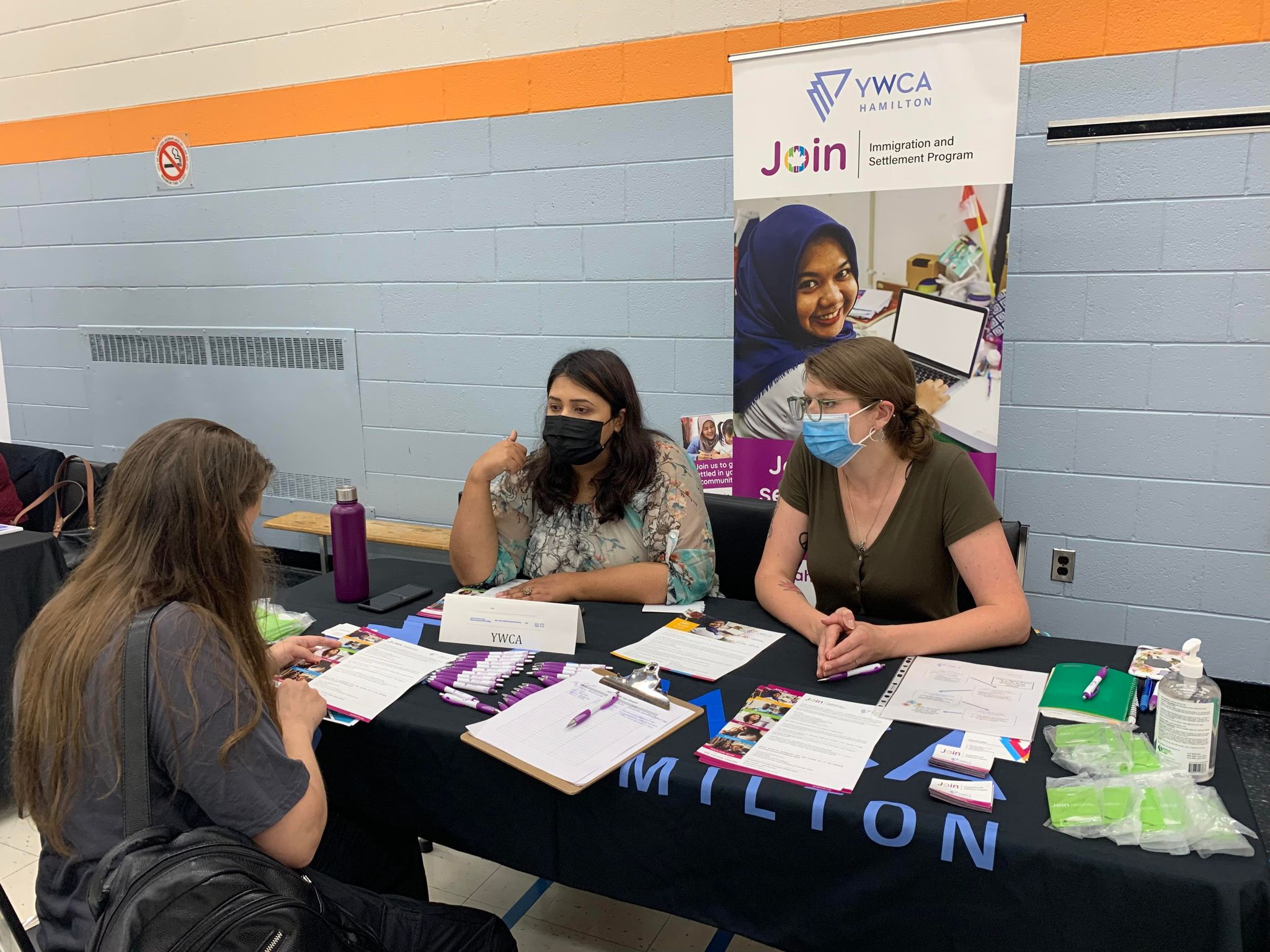 Thousands of Ukrainians fleeing war and violence in their home country are about to arrive in Hamilton – and YWCA Hamilton is playing a key part in their settlement journey.

Officials anticipate that Hamilton will soon be home to 10,000 Ukrainian families – only a fraction of the 131,000 refugees who have been granted acceptance to settle in Canada.

Along with YMCA of Hamilton/Burlington/Brantford, Wesley, and the Immigrant Working Centre, YWCA Hamilton is one of the key agencies that has formed a working group to provide support to newly arrived Ukrainians here in Hamilton.

“We are trying to have a unanimous effort to make sure that we can collaborate and not duplicate services,” said Tehreem Zafar, the Manager of Immigrant and Settlement Services at YWCA Hamilton.

YWCA Hamilton has already participated in two Welcome Centre events in May and June, where newly arrived Ukrainians could access a wide range of programs and services. Tehreem said that 45 families signed up for services at the June event alone.

As Ukrainian refugees arrive, they will be temporarily housed in residences at McMaster University, Mohawk College, and Redeemer College over the summer while students are on their summer break. YWCA Hamilton has committed to having staff onsite at each of those locations to provide settlement services and counselling every day from July 21 to mid-August, ensuring that newly arrived Ukrainians don’t have to travel to access services.

The goal is for the Ukrainians to be able to access more permanent housing within 2 to 3 weeks. However, Tehreem points out that with the housing crisis in Hamilton, it might be difficult to find accommodations within that timeframe.

Tehreem says that by and large, the Ukrainians who have already arrived in Hamilton are eager to work, settle, and start a new life here in Canada.

“People have been extremely organized,” she said. “They are ready to get to work.”

Resources and ways to help:

YWCA Hamilton’s Join program welcomes all Ukrainians who need help with Settlement and Integration needs, including employment, settlement services, and counselling. Ukrainian arrivals can complete this form to connect with our counsellors: Join Program Application

The Hamilton Immigrant Partnership Council has created a Welcome Package for Ukrainians that has comprehensive information to access different services available in Hamilton.

Hosting Ukrainians: Anyone who wants to offer their house as a host family can fill out the I Want to Help Form.