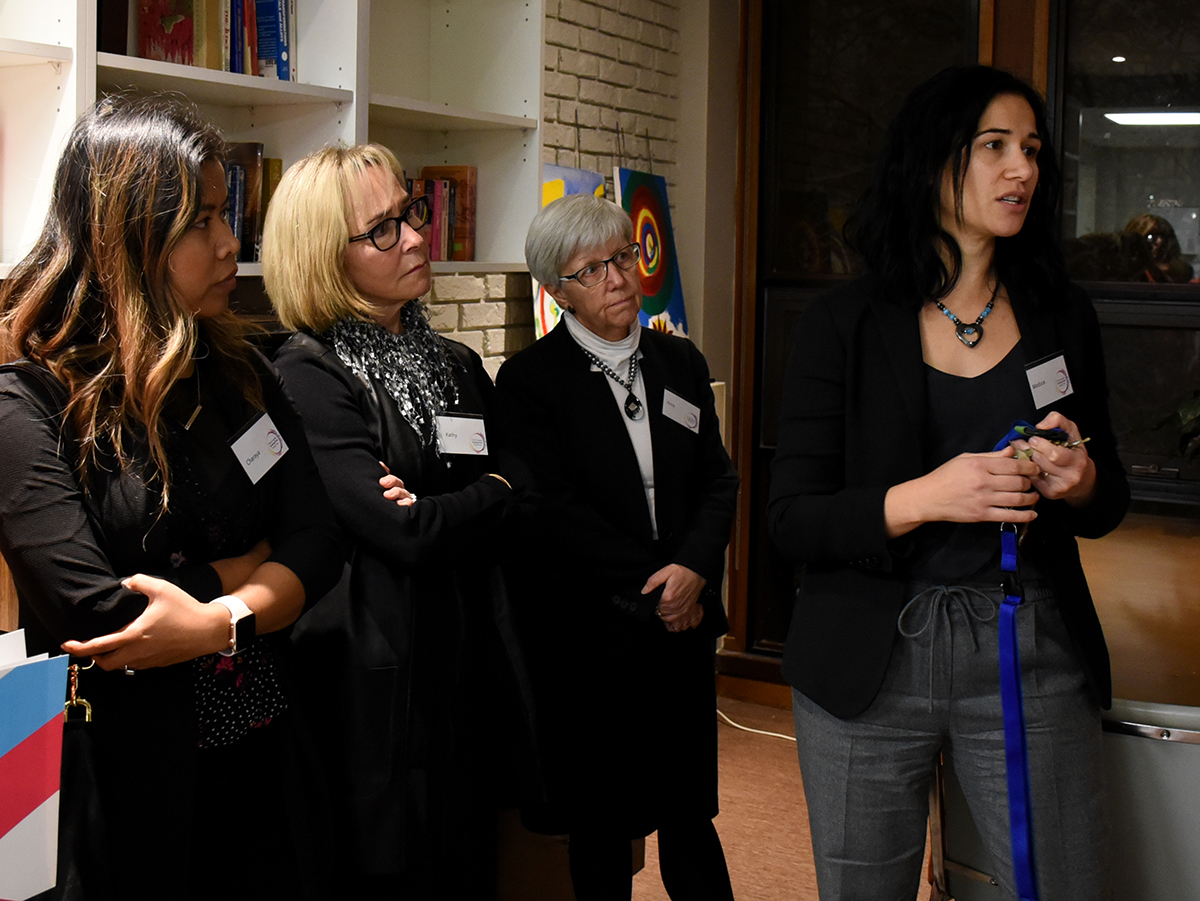 On a crisp fall evening in late 2018, then-manager of Transitional Housing Violetta Nikolskaya stood before a room of women gathered for the annual Turning Point Giving Circle dinner and presented her case.

Some residents in the Transitional Living Program experience physical and/or emotional barriers to keeping their units clean, she explained. And while on first listen that might not seem like a critical need, consider the consequences of allowing garbage and dirt to collect in one’s personal living quarters. Conditions can quickly deteriorate, can become a health hazard, she explained. And the build-up of clutter can exacerbate an existing mental health condition. A cleaning service that is sensitive to the needs of people living with mental health issues is, in fact, a critical need for YWCA Hamilton’s Transitional Living Program.

“We don’t see this as absolving women from their responsibility of upholding the room,” says Nikolskaya, who was one of four YWCA Hamilton managers to present projects they hoped to see funded. “But we see it as an extension of mental health and we see it as an extension of our therapeutic services that we offer –  that we can help compliment a woman’s own efforts with that of a professional who understands the trauma-informed practice care that needs to go into dealing with such significant room issues.”

Nikolskaya’s presentation won the crowd over and the Transitional Living Program was awarded half the evening’s $5,000 fund to hire Lynda Hykin of The House Purger, who specializes in cleaning the homes of people who live with a hoarding disorder.

The other half of the fund was awarded to training YWCA Hamilton front-line staff in Non-Violent Crisis Intervention (NCI), a project that was presented by Manager of Health and Wellness Marnie Warman.

“Since Turning Point funding was awarded, there has been one more staff member trained to deliver NCI training,” explained Warman, who says that one staff subsequently trained more staff. “Five sessions were offered in 2019 and a total of 45 new staff have been trained in NCI.

Warman went on to explain that the training helped staff to identify an individual in crisis, as well as know how to support that individual and how to prevent any escalation in behaviour. Warman reports that staff now feel more prepared to serve those in crisis, and it has raised their own self-awareness of their own fears and bias and how it affects caring for our community.

So, what is the Turning Point Giving Circle? It’s a close community of women who believe in YWCA Hamilton’s mission that women and girls must have the rights, resources, and opportunities to shape their own lives and define their communities. Through their donations and advocacy, women in the Turning Point Giving Circle support YWCA Hamilton by collectively deciding how their donated funds are spent.

Providing a turning point that will last forever