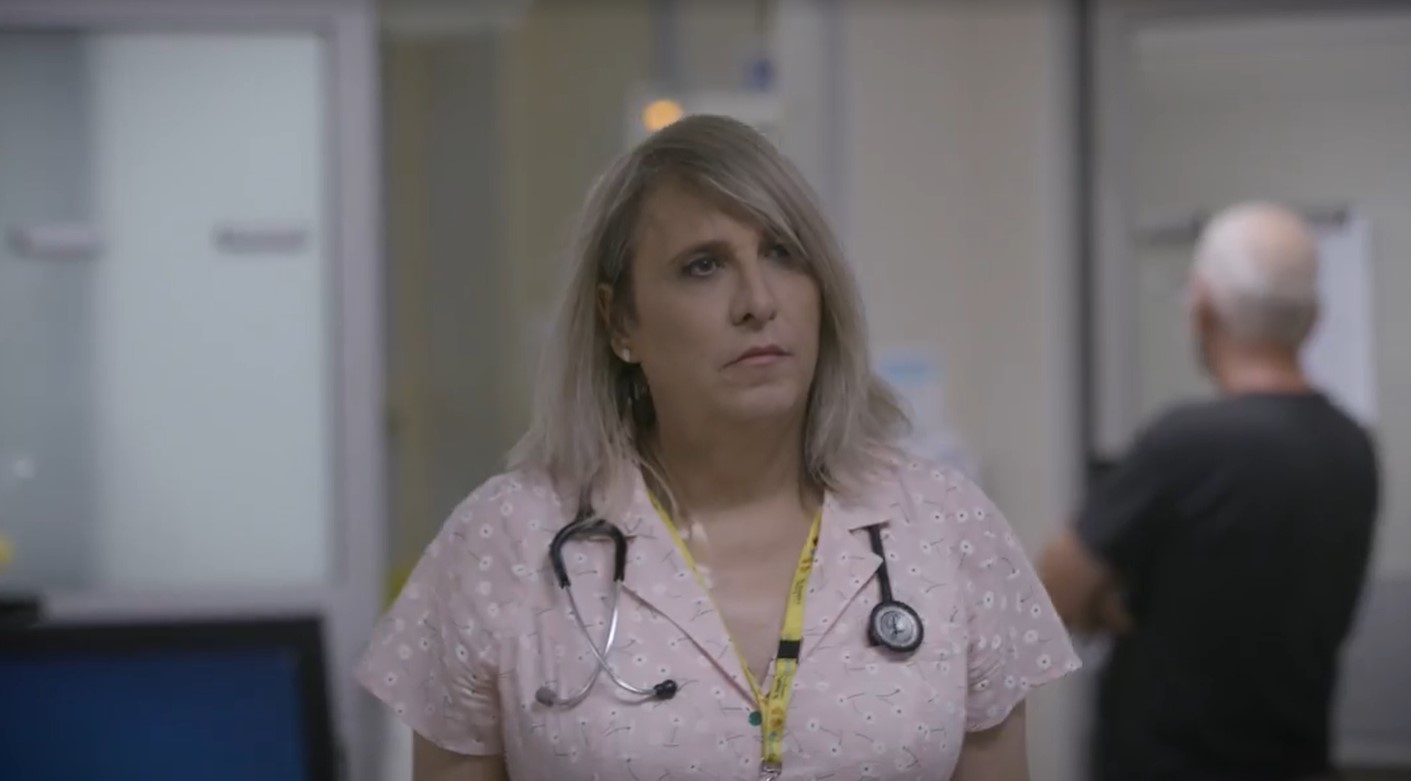 Dr. Carys Massarella will be the first one to tell you that she’s had an interesting life.

A member of YWCA Hamilton’s board of directors, Carys is an emergency room doctor at St. Joseph’s Healthcare, a kidney transplant recipient, a world-renowned speaker, a recipient of YWCA Hamilton’s Women of Distinction award, and a mother of two teens.

And now, she’s appearing in two new series that celebrate the lives of transgender people.

Carys, known as a “trans-warrior physician,” transitioned from male to female at the age of 42. Alongside her work in the St. Joe’s emergency room, Carys is also the lead physician for the Transgender Care Program at Quest Community Health Centre in St. Catharines.

Carys’ role at Quest is one of the main threads of a new series, “My Trans Journey,” now available to stream on Out TV. “My Trans Journey” is a four-part reality series that follows four patients as they make major decisions in their transitions and celebrate their identities.

Carys acts as a mentor and advocate for the patients in the series, guiding them through life-changing decisions.  Carys advises one patient, Eli, as he explores different options for bottom surgery. She encourages another patient, Janelle, to consider seeing a fertility doctor before starting hormone treatment so she can still have the option of having biological children.

While the series does depict the medical aspects of the patients’ lives, it also gives a fulsome look at their hobbies, their friends, and their triumphs. Carys says that it was important to her to show that trans people “live positive lives.”

“What I really liked about the documentary was that it was celebrating trans lives,” she said, adding that many depictions of transgender people only depict the struggles trans people face.

Carys also appears in a second series, “Translating Beauty,” a documentary that explores through the lens of trans women, and how their unique perspectives are redefining beauty standards.

Carys says she has always known that she is transgender.

“It was there with me my whole life, sitting on my shoulder, like an elephant,” she said.

In 2009, until she treated someone in the emergency room who changed her life. The patient, a transgender woman, was suffering from a heart attack and ultimately passed away.

Since her transition, Carys has become a leading expert in transgender care and a powerful advocate for the trans community. She has delivered TEDx talks, was named one of the World’s 50 Transgender Icons by Huffington Post, and was the first transgender person to serve as president of a medical staff anywhere in the world.

Her work in transgender care at the Quest clinic also helped save her life.

Years ago, while working as a resident at McMaster, Carys became so ill that she passed out one day during a code. She was diagnosed with a rare disease called Idiopathic Anti-GBM disease – and while she ultimately recovered, the treatment caused damage to her kidneys.

Carys eventually developed kidney disease and went on dialysis, and last year, received a kidney transplant. The donor, a friend of one of Cary’s patients, said Carys had saved her friend’s life at Quest, and now she wanted to return the favour.

Carys joined YWCA Hamilton’s board of directors after meeting CEO Denise Christopherson at one of her many speaking engagements. She says that being part of YWCA Hamilton is an important part of demonstrating that trans folk are part of “the normal fabric of society.”

“To me it seemed like a good opportunity to show that transgender people belong, and we have the capability to achieve the same things as anyone else,” she said.

“I think in a sense, being a role model is just living your best life.”

Why YWCA Hamilton’s Walk Mile in Her Shoes matters, this year more than ever