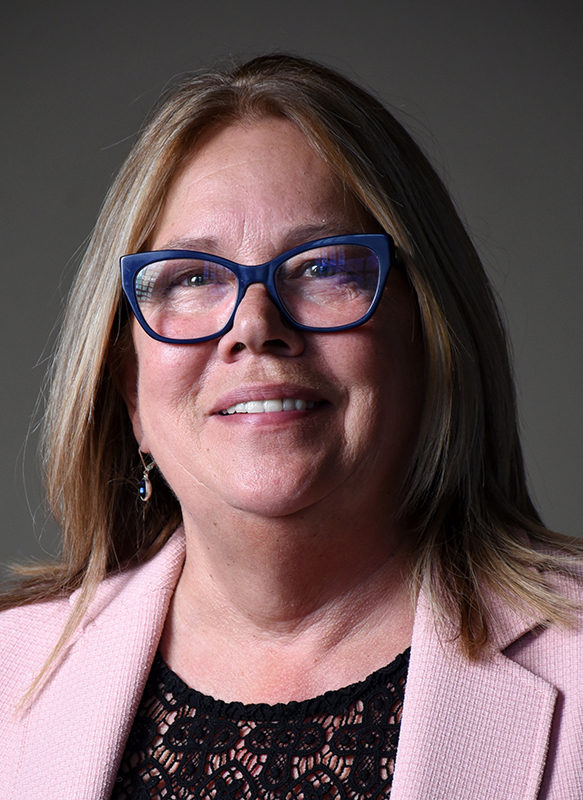 An update from YWCA Hamilton’s Board President, Terri Johns

After 12 years of passionate leadership, Denise Christopherson, CEO of YWCA Hamilton, has shared with members of the Board of Directors that she will retire at the end of December 2022.

Denise channeled her passion for social justice into her position as CEO. Under Denise’s leadership, YWCA Hamilton strengthened its mission, vision and values, setting the organization to be a champion for women, girls, gender-diverse people and families.

During her tenure, Denise expanded YWCA Hamilton’s impact in the community. Her strong voice, strategic direction and advocacy have resulted in significant investments to better serve women and gender-diverse people through advancing women’s economic development, addressing emergency shelter and housing, expanding support for adults with disabilities and licensed child care, and securing immigration and settlement services for women, youth and Two-Spirit and LGBTQIA+ people.

One of YWCA’s Hamilton’s greatest accomplishments during Denise’s tenure has been the building of affordable housing dedicated to women and women-led families at the new Putman Family YWCA on Ottawa Street along with a Centre of Innovation for women’s small business development and advancement in technology and trades.

Denise will be the first to say that no one person can achieve success alone. It has been Denise’s commitment to developing exceptional and strong leaders within YWCA Hamilton whose shared values and determination have helped drive the organization forward. To help build the next generation of leaders, Denise has always prioritized and

offered mentorship through a feminist lens to other women and youth interested in the non-profit sector. She is a role model and mentor to colleagues at YWCA Hamilton and within the wider YWCA movement across Canada.

Denise values diversity and has grounded her work in feminist, anti-racist / anti- oppressive practice as she has engaged the organization in thoughtful allyship and social justice work. She has established YWCA Hamilton as a living wage employer and she understands the importance of investing in the people who do the everyday hard work required.

As an active volunteer in her community, Denise is serving as President of the Children’s Aid Society of Hamilton Board of Directors, as well as sitting on several committees including, Hamilton Tiger-Town Council, Hamilton’s Immigration Partnership Council, Just Recovery and other working groups. She is a tireless advocate for those who are most vulnerable, consistently working to break down barriers for marginalized women, and brings together stakeholders across sectors to push forward sustainable solutions to our community’s most pressing social challenges.

Denise’s lifelong commitment to advancing gender equity has earned her a Queen’s Diamond Jubilee Medal, the Agnes Macphail Award, recognition as a Mohawk College Distinguished Fellow, OSSTF-Labour and Community Activist and at the 2022 YWCA Canada Annual Members Meeting, Denise was honoured with The Cleta Herman Award.

Denise’s personal mission has been to strengthen the capacity of the organization and set the foundation for the success of YWCA Hamilton for another 130 years. In an effort to advance leadership from within the organization and through many years of thoughtful internal succession planning, the Board of Directors will appoint Medora Uppal as CEO effective December 1, 2022.

On behalf of the Board of Directors, we could not be more thrilled with Medora taking on the role of CEO as she brings 25 years of experience in the non-profit sector supporting women and gender-diverse people through a feminist, intersectional, human rights-based framework.

Medora has a strong history in advancing housing solutions for women and addressing gender-based violence through the development and implementation of new service models. She has led the strategic planning, policy development and operations of YWCA Hamilton, while strengthening YWCA’s service portfolio in all areas. Medora has initiated the development of innovative programs and projects to address the needs of people who are underserved and to advance the rights of women. She is dedicated to building quality, inclusive programming, services and supports for those who need them most.

As a leader in community, Medora is best known for her efforts in working to end gender-based violence and homelessness, bringing her expertise and feminist analysis across community planning tables both locally and nationally. She is currently Co-Chair of the Women’s Housing Planning Collaborative, Chair of the Early Years Equity & Engagement for the City of Hamilton, on the Board of Directors for Today’s Family, and actively engaged in many planning tables.

Medora understands the value and importance of the work of the YWCA movement nationally and internationally. Throughout her time with YWCA, Medora has been actively engaged in YWCA Canada committees and working groups, she has participated in two YWCA World Councils, and attended with YWCA Canada the United Nations Commission on the Status of Women.

Medora and Denise have worked side-by-side these last 11 years and they have planned a smooth transition until the end of the year, with a goal of continuing the foundation they have built. We look forward to welcoming Medora Uppal into her new role as YWCA Hamilton’s CEO on December 1st, 2022 and hope that all of you will join us in wishing her a warm welcome and congratulations. We could not be happier with this appointment and know that Medora will provide fierce leadership to our YWCA Hamilton to ensure that women and gender-diverse people have the rights, resources and opportunities to shape their own lives and define their communities.

As a Board of Directors, we have been so fortunate to have a leader like Denise Christopherson who not only tirelessly advocates for advancing gender equity locally,

nationally and internationally but who has dedicated herself to advancing leadership from within. We are thankful for the 12 years that Denise has served as YWCA Hamilton’s CEO and wish her the very best as she passes the leadership torch and embarks on her journey into retirement.

We did it!! 2022 Walk a Mile in Their Shoes is the highest grossing event in YWCA Hamilton history