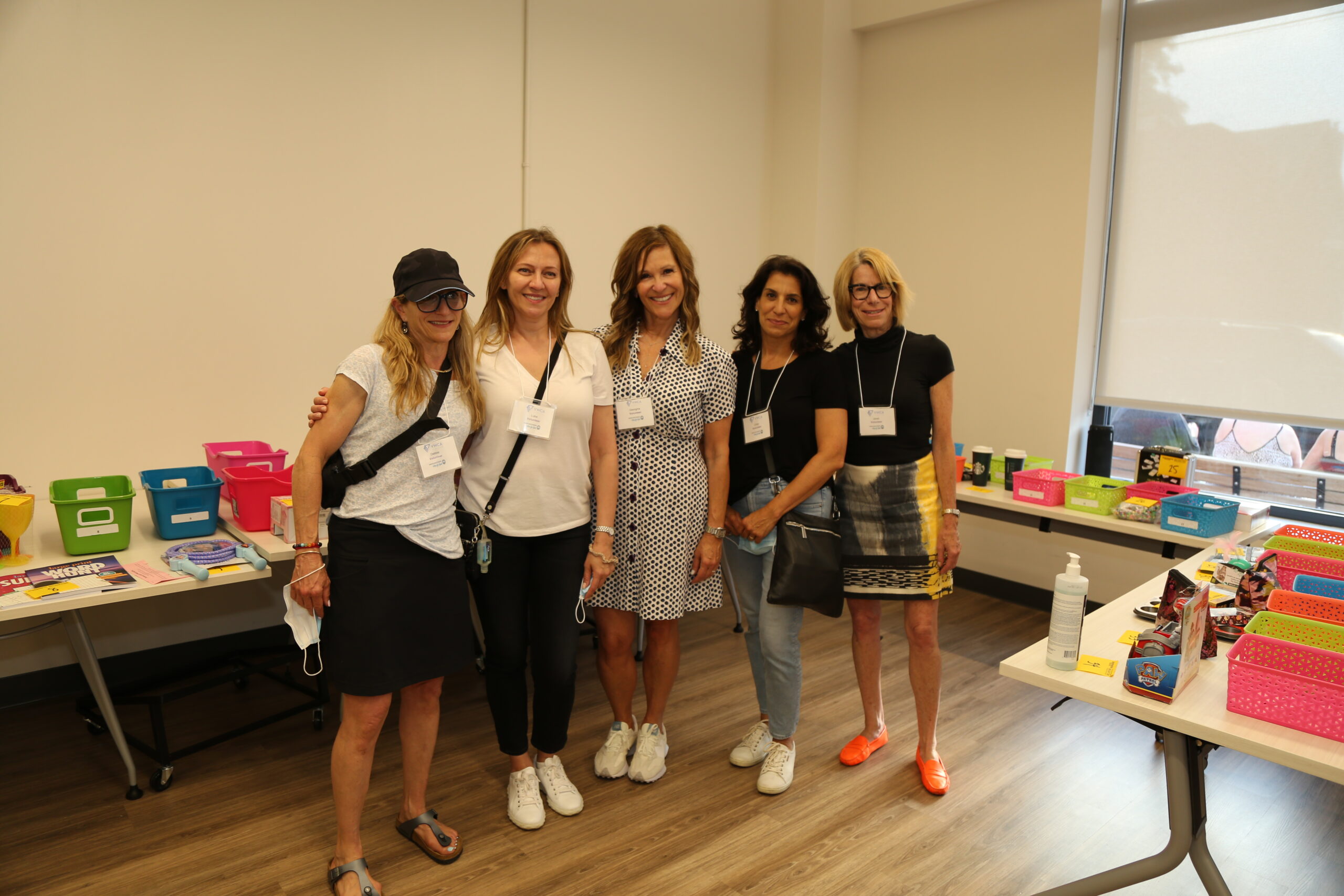 The Hamilton Jewish Federation and YWCA Hamilton are on a mission to alleviate food insecurity for the 50 women and women-led families who call the new Putman Family YWCA home.

This week, residents at Putman joined in to an evening of fun, games, generously provided by the Hamilton Jewish Federation Lions of Judah.

Putman residents were treated to pizza and drinks, a round of Putman Olympic Games, a penny raffle, and children’s crafts. It was a loud, boisterous celebration that helped gave residents an opportunity to connect with neighbours and YWCA Staff, as well as receive generous donations provided by the Lions of Judah.

Prior to the event, the Lions of Judah – a women’s philanthropic division at the Hamilton Jewish Federation – filled the Crown Point Community Fridge on Ottawa Street with staples like bread and cereal, fresh vegetables like garlic, kale, and fresh mint, pantry items, and hygiene products.

Residents who attended the celebration received grocery gift cards provided by the Lions of Judah, a donation that was generously matched by the family of Georgina Rosenberg-Katz.

Georgina says that the Jewish custom of Tikkun Olam – which literally translates from Hebrew as “repairing the world” – is the driving force behind the philanthropy of the Lions of Judah.

“It’s like a mission for Jews,” said Georgina, who was among the Lions of Judah volunteering at the Putman Family Fun Day. “What we believe in is that we have to help others, not just ourselves, to make sure the world is a better place, through acts of charity and kindness.”

“In an effort to reduce the marginalization of women and children in Hamilton and in the spirit of community collaboration, the Lions of Judah are very proud to be partnering with the YWCA Hamilton to ensure that no family at the Putman Family home goes to bed hungry.”

For those facing food insecurity, including many of the residents at the Putman, a sense of choice and dignity around food is paramount. Without the stress of hunger, women are better able to care for themselves and their families.

We are so thankful to the Lions of Judah for their generosity, and for their help in creating such a fun, impactful event!

Walk a Mile in Their Shoes Join Us