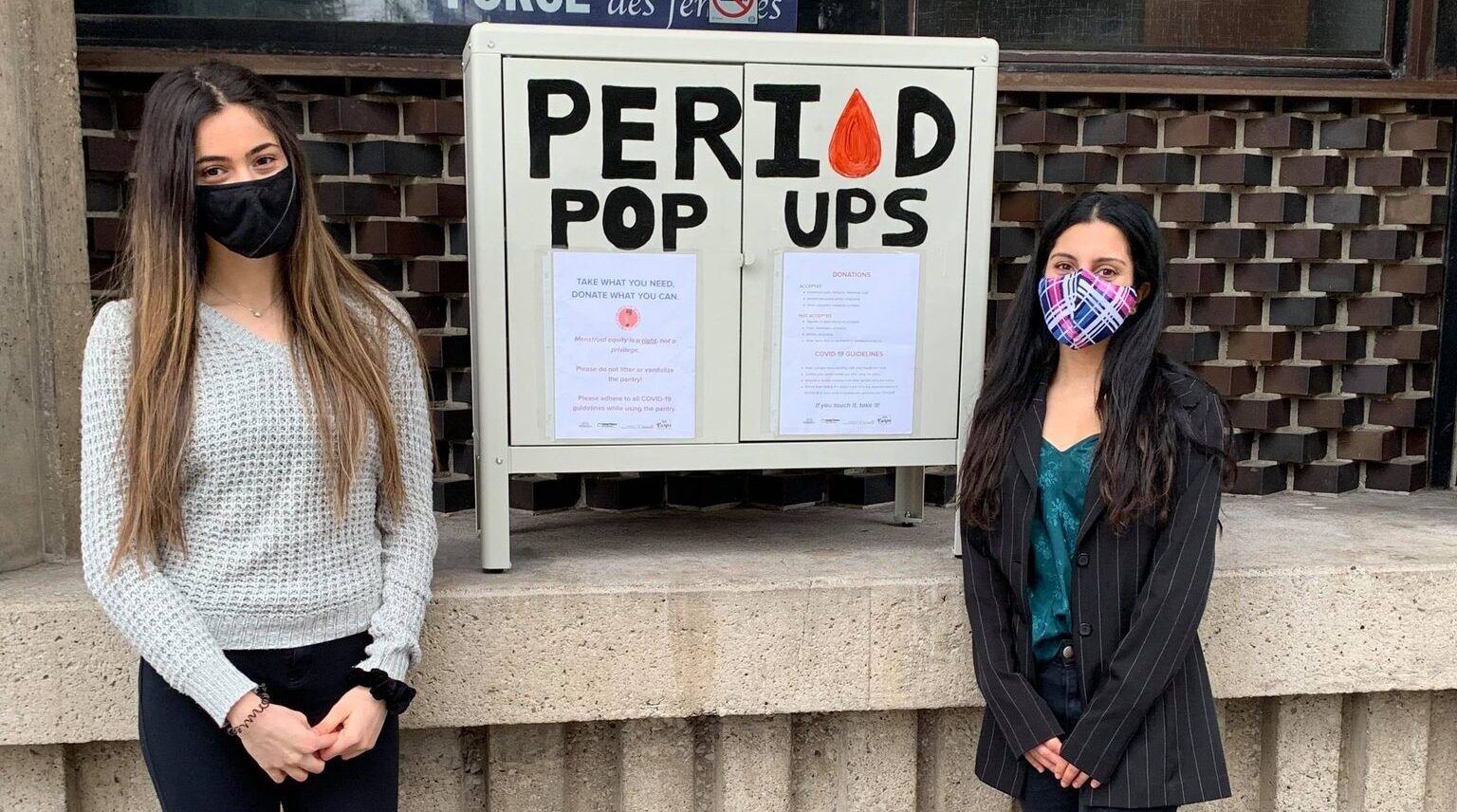 When Covid-19 hit, Rita Audi and Meghna Varambally knew they wanted to do something to help the community.

A year later, their idea – an outdoor, accessible pantry offering free menstrual products –  is expanding across Hamilton and garnering interest across North America.

YWCA Hamilton is thrilled to host a Period Pop-Up pantry at our MacNab street location. The pantry at YWCA opened to the public on March 15, while the first pop-up location opened at the Dundurn Market in West Hamilton in late February.

The concept behind the Period Pop-Up is simple: an accessible, donation-based pantry where menstruators can access pads, tampons, and other menstrual products. The Period Pop-Ups are located outdoors and are accessible 24 hours a day, ensuring that they’re available to anyone, at any time.

“People can take as many products as they want or need – they’re going at a time that works for them, for whatever they need,” said Rita.

Rita, 20, and Meghna, 19, came up with the idea last year, when they realized that Covid-19 was leading to an increase of period poverty in the community. They point out that one-third of Canadians under the age of 25 who menstruate struggle to buy hygiene products every month, and that period products became secondary purchases to food, rent, and bills.

The pair also realized that due to Covid-19, many locations that had offered free menstrual hygiene products, such as recreation and community centres, had closed due to Covid-19.

Rita and Meghna, who are both Health Sciences students at McMaster University, applied for a grant from the Federal Government’s TakingItGlobal #RisingYouth community service program. They received $750, which funded the purchase of the first two pantries, supplies, and an initial stock of menstrual hygiene products.

Since the period pantries launched in late February, over 40 volunteers to help maintain the pantries and check in on each location every day.

“Our volunteers are students, youth, mothers, community members – they’re from all over the community,” said Rita.

The pair compare the period pantries to the Little Free Library movement – a grassroots initiative that began in 2009 in Hudson, Wisconsin, and has now spread across the globe. Their goal for Period Pop-Ups is similar – they hope that communities across Canada and beyond will embrace the idea and start period pantries of their own. They’ve already received inquiries from individuals and businesses looking to collaborate, and have even heard from an individual in Houston, Texas, interested in starting a period pantry.

“Our main goal was engagement, and we’re really happy that we’re seeing a lot of that,” Rita said. “That makes us think outside the box in terms of not only how we can set it up, but how we can spread it in the community.”

For more information about Period Pop Ups, find them on social media @periodpopups. 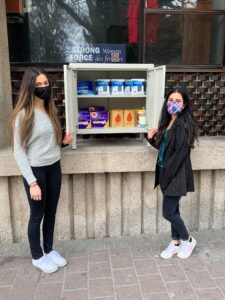 Why women should work in construction: YWCA Hamilton celebrates Women in Construction Week